“Fed cats don’t hunt.” That’s what many cat owners believe. Some go beyond that, believing that it’s wrong to deny their cats time in the Great Outdoors, or prevent them from exercising their natural hunting behaviors.

All the while, research shows that house cat’s hunting behavior has serious consequences, such as species extinctions. For years, cat owners have tried to mitigate the damage without restricting their pets’ freedom. But many don’t know how to keep their cats from killing birds, while also allowing them outdoors freely.

Luckily, researchers may have just discovered that a hunting cat can be better managed with a high-protein diet. 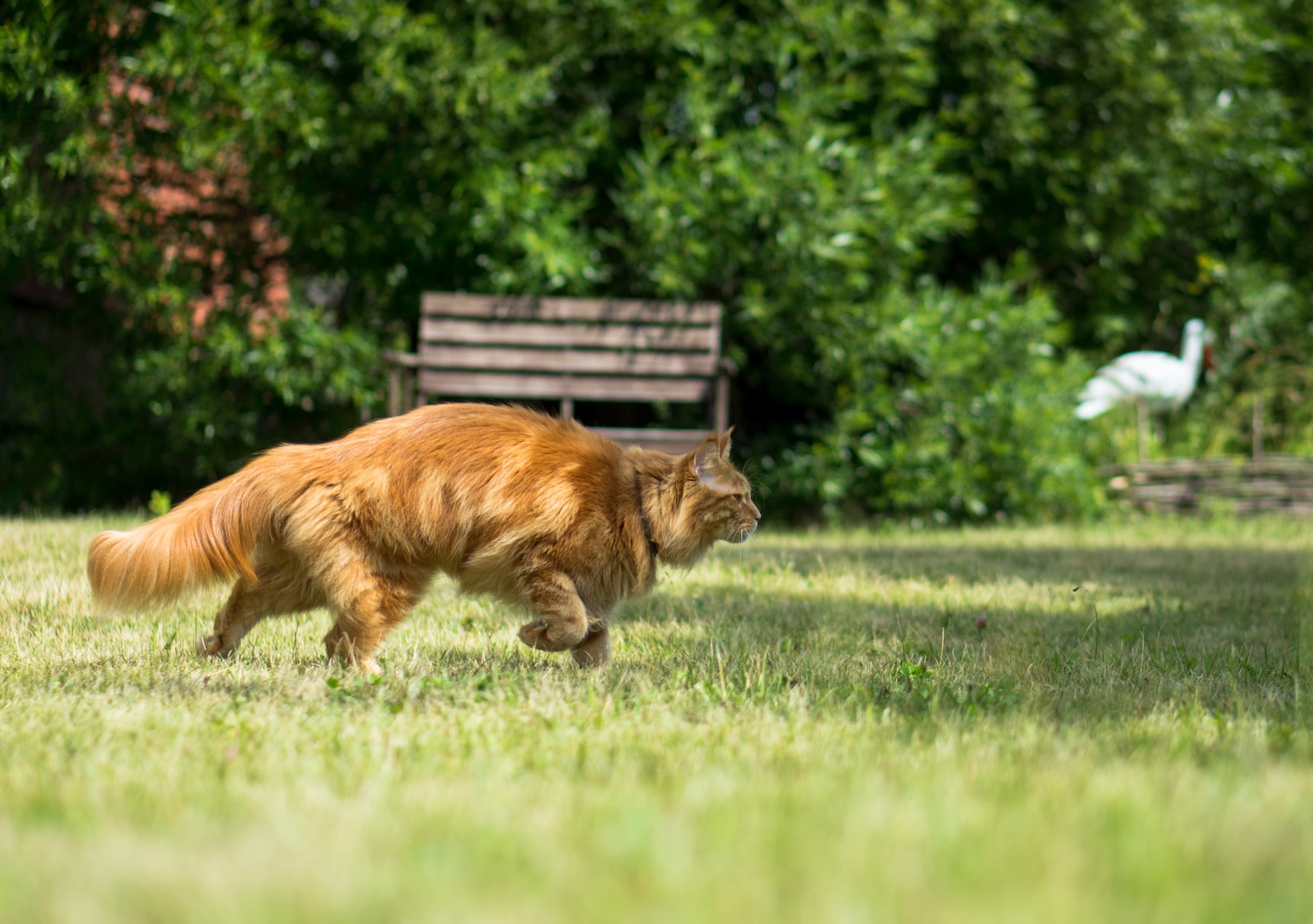 Photo by Aleksei Zaitcev on Unsplash

The Need to Reduce Cat Hunting

Outdoor cat management is contentious. Whether it’s a stray, feral, or free-roaming house pet, cats devastate small mammal and bird populations. One of their worst effects is species extinction, most notably the loss of 33 bird species, among other animals.

Still, some cat owners believe that cat hunting behavior should not be constrained,. Because of this, many refuse to keep their cats inside, believing it restricts the animal's natural habits, and, by extension, their wellbeing. "I think the answer cannot be easily simplified or summarized," wrote University of Exeter Ph.D. student, Martina Cecchetti, in an email. "[T]his perception is culturally and socially variable. Secondly, the domestic cats share a long-standing history with humans, developed and diversified over thousands of years through a dynamic symbiosis…. Cats are considered pest-controllers in many ecological contexts and therefore many owners consider such behavior as natural, as this is one of the reasons that has acted in shaping the cat-human relationship. Moreover, many people are not aware about [sic] the threat that cats impose upon wild fauna."

Contrary to some beliefs, cats can certainly live fulfilling lives indoors. Just a few key lifestyle adjustments can make sure of that. 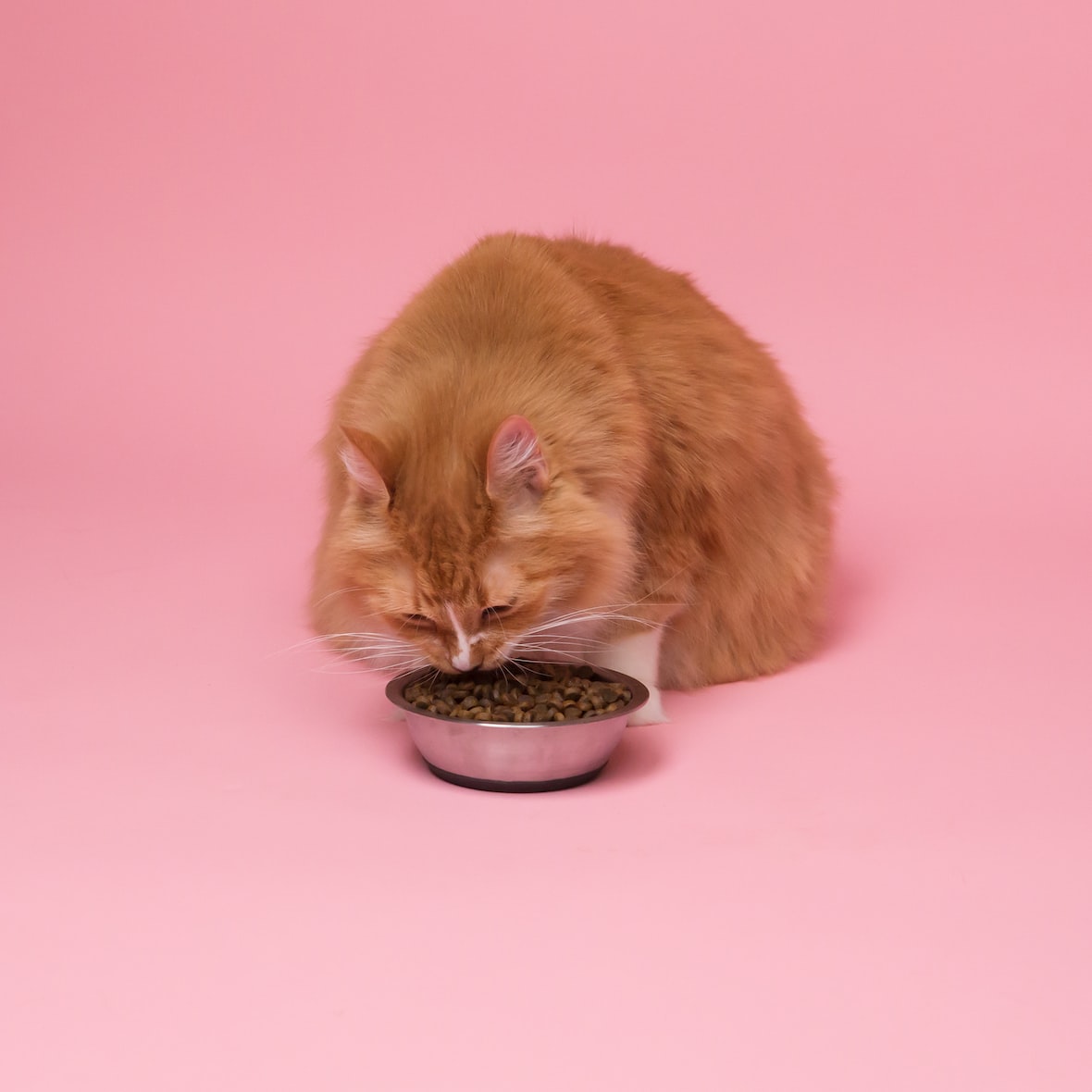 Photo by Kabo on Unsplash

Cecchetti’s recent study showed that feeding a meaty, grain-free diet to a cat that hunts can reduce the habit by up to 36%. This alone contradicts the idea that "fed cats don't hunt."

This tagline has been a big part of the heated outdoor cat debate. But research has repeatedly disproved it.

Cecchetti's latest research may be key to developing those strategies. It yielded new evidence showing that a high-protein diet may reduce feline hunting—but not stop it completely.

Playtime also influences cat hunting. Cecchetti and colleagues studied households where cats had at least 5-10 minutes of daily object play. Those that ate meaty, high-protein diets hunted about 25% less than the others. Generally, it’s pretty easy to keep cats from killing birds and provide them with fulfilling lives indoors. Even simple things like Birdsbesafe cat collars can help save wildlife. This very measure reduced cats’ tendency to hunt birds by 42%.

Why do these small changes make such big impacts on cat hunting? The answer lies in cats' ancestral feeding patterns.

Why Do Cats Hunt?

Your cat is an obligate carnivore. This means that it can only survive on a diet based almost entirely on meat. This is primarily why it’s so intent on hunting. Cats’ bodies lack the systems necessary for breaking down plant material. All this considered, feeding your cat a plant-based diet is out of the question.

Plus, cats still prefer several small meals a day. Each of these should be made up of animal protein, mostly. Still, the "monotony effect" might increase its interest in hunting.

Imagine the last time you had the same meal repeatedly within a relatively short period, such as oatmeal for breakfast or a chicken dinner. When this goes on for too long, most people would say they’re getting “bored” of the taste. You’d want something new for your palate.

John W.S. Bradshaw defines this as the "monotony effect." When this happens to your cat, it’ll look for better-tasting, more nutritional alternatives. So, it goes hunting. “Sensory characteristics” are another big influence on whether a cat will eat at home or prey on animals outdoors. This means that a certain food’s taste, smell, texture, and other elements that affect the cat’s experience of the meal can partly determine whether the cat gets bored of its diet. Cecchetti says that most scientists do not yet consider it important to fulfill cats’ physiological and behavioral needs to manage cat hunting behavior. The new study may change that.

"From our study, we can deduce that cats may hunt more because they are stimulated to address some deficiency in their provisioned food, probably something small such as a micronutrient, which is fulfilled by a meaty diet," Cecchetti explains. 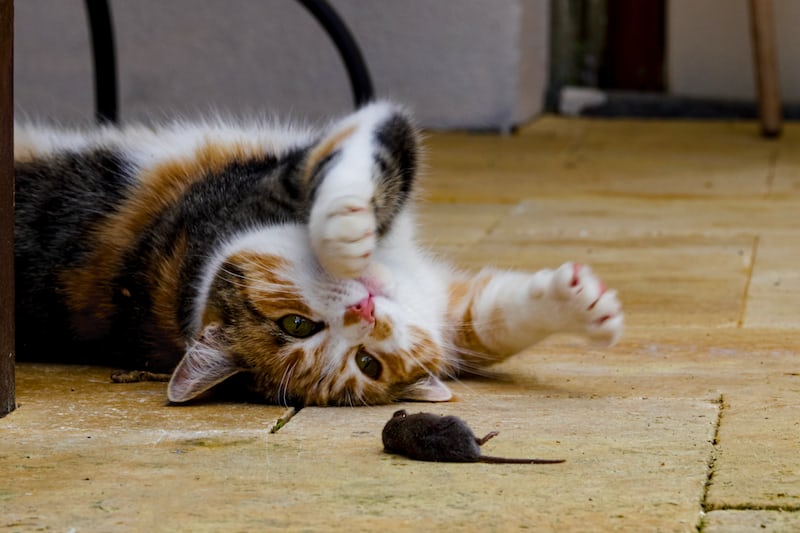 Photo by Dorothea OLDANI on Unsplash

How Researchers Learned to Stop Cats from Killing Wildlife

Cecchetti and colleagues contacted cat owners whose pets regularly hunted and brought their prey back home. These cats then participated in a study comparing the following strategies used to prevent cat predation:

To determine whether the treatments were truly improving the cats' hunting habits, the researchers counted how many animals each cat brought home.

More than 200 homes hosting 355 cats participated in the study over 12 weeks. Cat owners using the “novel” treatment reduced their pets' wildlife impacts significantly. Hunting by cats that eat meaty, high-protein diets fell by 36%, while cats that enjoyed daily play reduced their hunting by 25%.

Not all the treatments worked. Particularly, swapping out food bowls with puzzle feeders had the opposite of the intended effect. These cats started hunting more by an average of 33%.

It’s not clear why. But experts confirm that different behavioral management methods have varying success. For one, outcomes depend on individual cat prey preferences. So, scientists need to ask: “What do cats hunt?” They know mammals and birds are cats’ most common prey species. So, the researchers tracked these differences by observing cats’ mammal- vs. bird-killing habits.

Food and play dropped cats' mammal hunting by 33% and 35%, respectively. On the other hand, food and Birdsbesafe collars helped prevent cats’ bird-killing even more, by 44% and 42%, respectively.

Cecchetti suggests that the varying results need further investigation. "It would be interesting exploring different types of play and use of different toys to understand if there can be a targeted reduction of cats' hunting certain species. Moreover, dietary and behavioral drivers of hunting may operate independently, and so it would be valuable to investigate potential additive effects of changes to diet and play."

Ultimately, the researchers concluded that their study "is consistent with the theory" that some cats hunt more often because of nutritional deficiencies.

Unfortunately, not all the cat owners were willing to continue the behavioral treatment after the study was over. This illustrates the typical stubbornness or “stuck-in-your-ways” behavior in the pet community that may slow progress in reducing domestic animals’ impacts on the environment.

Cats have retained an impressive array of physical and behavioral traits from their ancestors. This is apparent in their hunting instincts that still linger, despite domestication. Sadly, these very instincts have ushered many species to their demise, and continues to harm global wildlife.

Until humans agree on how to minimize the ecological damage, scientists are searching for inventive ways to reduce wildlife loss to domestic cat hunting. By merely increasing animal protein in your cat’s diet and daily play, you can prevent it from bringing dead animals home and reduce its harm on wildlife populations.