Top 5 Benefits of Owning a Cat

You may have listened to a cat owner swoon about their fur-baby once or twice (or a million times) in the past. Of course, they might be a bit biased when it comes to how good their cats make them feel. However, there is a substantial foundation of research supporting the idea that cat ownership presents numerous health benefits. 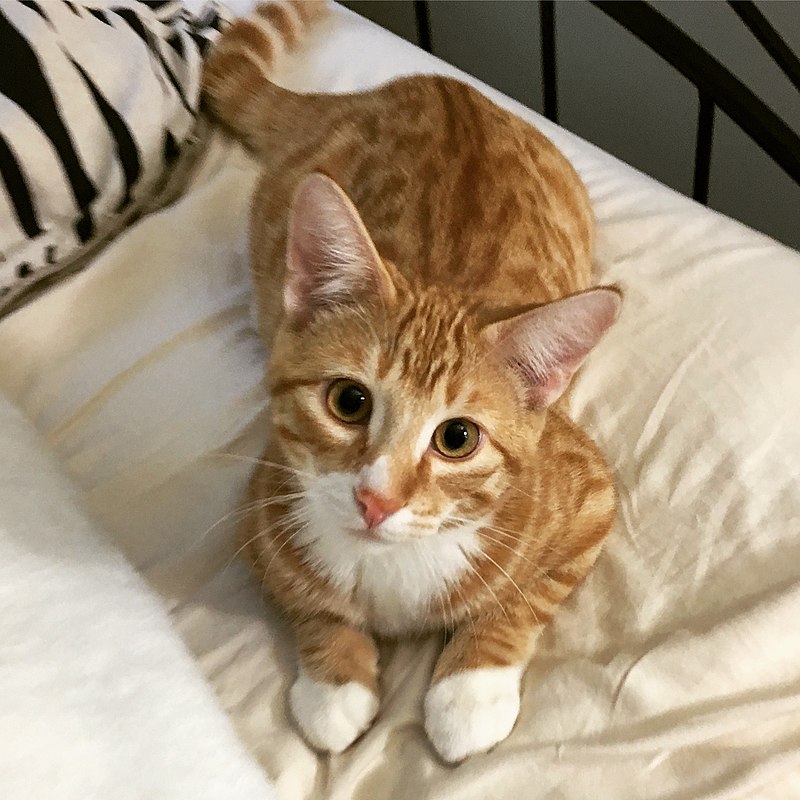 Cats can help improve your wellbeing in more ways than one. From better mental and emotional health, stress reduction, and even strengthening your relationships with others, welcoming a cat into your home can turn your life around for the better. Here are a few of the primary benefits of owning a cat.

1. Cats' Health Benefits for Stress: They Help you Relax One of the most well-known benefits of owning a pet – cats or others – is reduced stress levels, both for day-to-day tension and clinical disorders. Curling up with your cat on the couch with a warm cup of tea is not just a leisurely rest-and-relaxation hobby but a bona fide method of managing your anxiety and overall mood.

This is the reason why institutions like Washington State University make programs like "Pet Your Stress Away." This activity is available to their students, as animals are empirically proven to be beneficial to mental health. In this program, students, faculty, and staff are encouraged to interact with cats and dogs to experience the "stress-relieving psychological benefits" first-hand.

Dr. Patricia Pendry, a professor in the WSU Department of Human Development, stated that the 249 individuals who interacted with the precious fur-babies showed a "significant reduction in cortisol, a major stress hormone" in less than ten minutes of petting the dogs and cats.

People often doubt the anxiety-relieving effects and emotional support that cats can provide. This is mainly because they don't always appear to be as cuddly or needy as dogs. Make no mistake; cats are just as effective at comforting their owner. So, if you identify as a "cat person" instead of anything else, rest assured that cat companionship is just as handy.

Every time your cat makes you laugh, each time you're petting its soft coat on your lap, or your cat gives off that heart-warming purr, they are helping to ease your distress and ground you. This helps detach you from negative emotions and give you the chance to recognize that you're secure and acknowledge positive, stable things around you and in your life.

2. Cats Make You Happy and Optimistic

Do you find yourself smiling for no reason now and then? Well, it turns out that it may not be for "no reason-"your cat is likely a huge part of your joy! Studies have shown that individuals with cats are emotionally healthier than their non-pet-owning counterparts, thanks to their feline friends' companionship.

For example, Allen McConnell, PhD, of Ohio's Miami University reported in 2011 that cat and dog owners "fared better" in terms of their mental health on several levels. McConnell listed the following as the primary psychological benefits that dog and cat owners enjoyed at much higher rates than others:

The researchers even asked the study participants to write about their animals, as if they were writing a note about a close friend or drawing their campus layout. The exercise found that people journaling about their fur-babies was just as effective as the other topics. Specifically, this helped the participants work through feelings of rejection.

Cardiovascular disease is one of the most prominent health problems nationwide and the country's leading cause of death. Although your cat is not the cure for this medical condition, it is a good source of relief you could ever ask for.

Numerous studies have shown that there is a strong correlation between cat ownership and lower blood pressure. For example, one study on over 5,700 Australian participants found that cat owners and others had lower systolic blood pressures than non-pet owners, even when they were from the same socioeconomic background and shared similar body mass indexes (BMIs).

Another study involving 240 married couples revealed that the couples that had cats or other fur-babies had lower systolic (pressure exerted by the heart when it beats) and diastolic blood pressures (the force of the blood against artery walls) than their counterparts with no furry companions.

More and more scientists found over the years that cat and dog people reported lower rates of hypertension (high blood pressure) than people who don't have fur-babies. Overall, experts state the having a cat can help to reduce heart disease risk and can help reduce your cholesterol and triglyceride levels. Your cat might even be able to help you survive a heart attack someday! 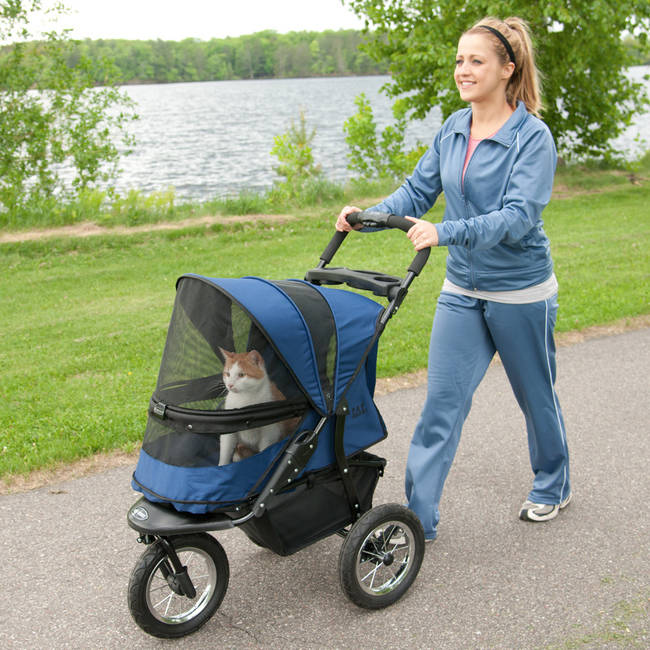 The benefits of owning a cat aren't restricted to you and your kitty alone. In fact, they extend to your interpersonal connections as well.

Despite the widespread (and somewhat true) belief that cat folks are introverts, the cat-owning demographic is less likely than their non-pet-owning peers to be hermits. This is because the cat acts as a facilitator and source of encouragement for connections with other people.

A past study demonstrated that pet owners were more socially sensitive than those who did not have canine or feline companionship. This means that a cat owner is far more likely to be empathetic toward others' feelings and perspectives, which is imperative in individuals' ability to maintain healthy relationships. This social sensitivity remained the same between dog and cat owners.

Further, cat owners were more likely to develop interpersonal trust skills, another hallmark of strong connections between people. This might be because their cats provide a source of encouragement, which can boost self-esteem, further enhancing their ability to behave positively and responsibility in their interactions with other people.

Scientists also found that cats and other fur-babies were the very reason why their human companions forged new social connections. Researchers reported that animal companionship was the third most common way study participants met new people in their neighborhoods. In fact, they had a 60% higher chance than non-pet-owners to socialize with their neighbors. 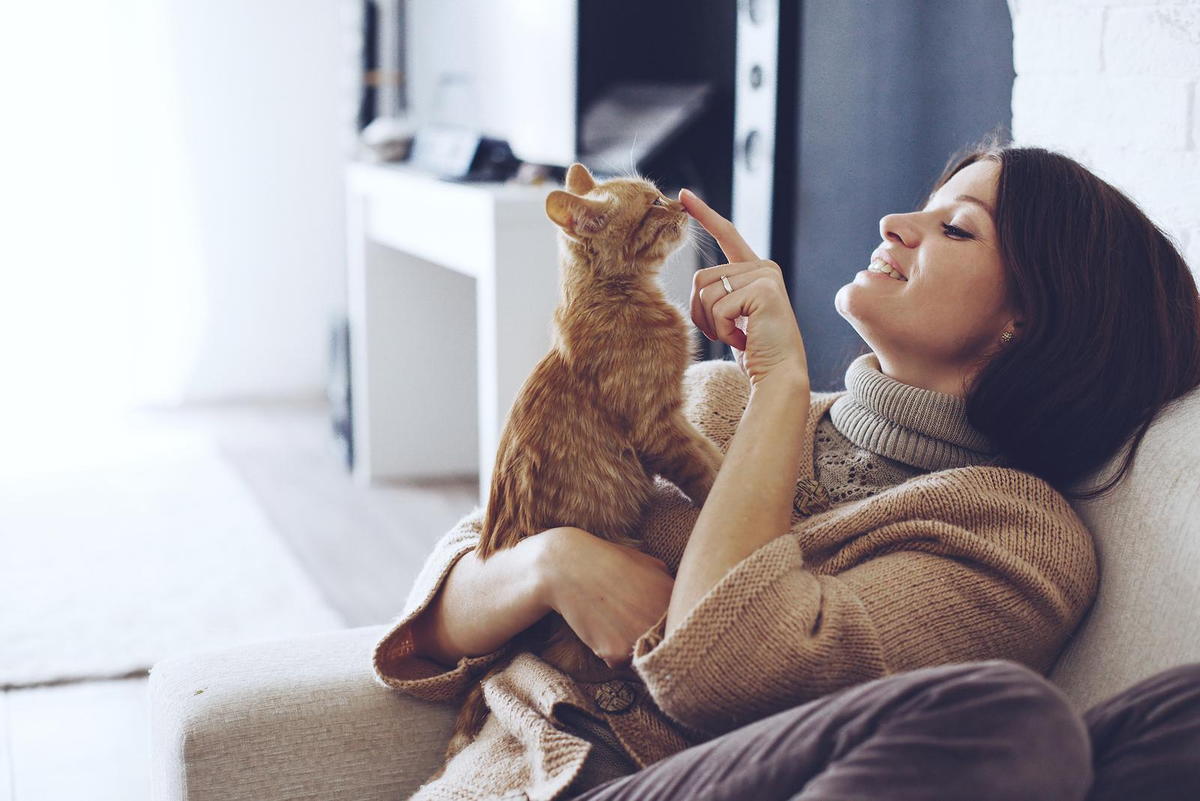 Scientists have known about the "pet effect" for years. This is a good concept that describes the full scope of benefits provided by cat ownership. It's based on the lived experience of pet owners of all kinds, 74% of which report significant mental health benefits due to their lives with their feline friends and other pets.

Seventy-five percent of this demographic even stated that their friends and family's psychological health improved because of their pets! Studies into the pet effect focus on the following long-term health benefits:

Scientists have been intrigued by the human-animal bond because of the endless joy and peace our animals supply. The benefits run so deep that professionals trust in dogs and cats for child health and development programs, wellness initiatives, and more.

Consider yourself indescribably lucky that you have (or will have) one of these remarkable creatures at home to cuddle up with.

Cats are some of the most beloved animals on Earth. It's no secret that cat lovers enjoy being in their presence, yet the specific benefits are becoming more evident to scientists and non-pet-owners every day. The benefits of owning a cat are abundant.

Once you've welcomed a new cat into your life, hug it close and thank it for supporting your mental and emotional health, physical fitness, personal wellbeing, and relationships. Better yet, thank your cat by getting them a couple of fun toys and a comfy bed to maintain their happiness, too!