Free Shipping on All Orders Over $35. Browse Our CATalog Right Meow!

7 Reasons Why Cats Are Better than Dogs

Cats and dogs are the most popular pets in the entire world. Yet, not everyone loves them both equally. In fact, many people believe that cats are better than dogs in more ways than one. Here are a few reasons why they might be right. 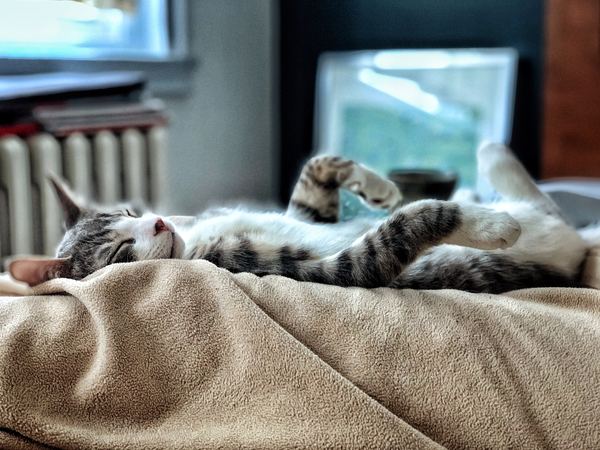 One of the most common reasons why so many people prefer cats over dogs is because cats are comparatively low-maintenance pets.

Now, yes, you still have to take your cat to the vet, feed it a proper diet, and generally be a responsible cat owner. However, your cat won't demand nearly as much effort from you as a dog would.

Take potty training, for example. Young kittens and puppies can be stubborn little things to housebreak. Still, cats are dramatically easier to teach than dogs.

The main reason for the difference is that cats use litter boxes. Instead of having to wake up at ungodly hours to walk your pet, your cat will naturally go to the litter box due to its natural desire to bury its poop.

Another area where cats will demand much less from you than dogs is exercise. While it is certainly a good idea to walk your cat, they don't need it as much as dogs. Cats are often very mellow pets.

They typically prefer to judge everyone overlook their territory from the tops of scratching posts, chase lasers, pounce on mechanical toys, or hunt down feathery wand toys.

2. Cats Can Be More Eco-Friendly 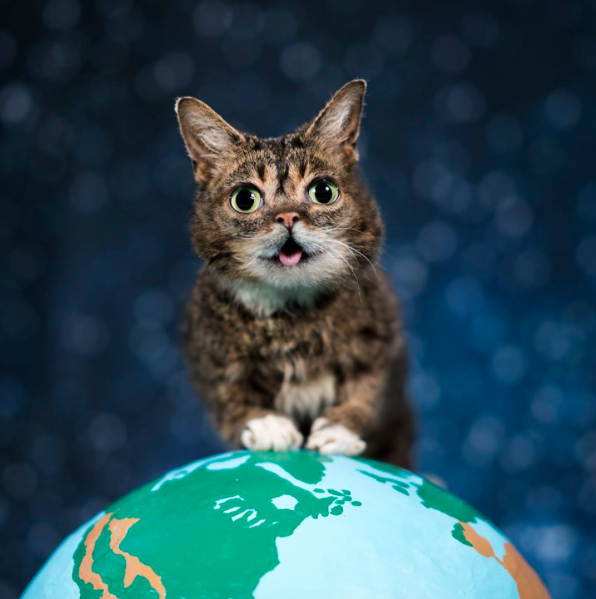 To many people's surprise, the pet industry is a significant contributor to GHG (greenhouse gas) emissions worldwide. The food for dogs and cats alone accounts for 64 million tons of carbon dioxide released into the atmosphere each year. This impact is the equivalent of driving 13.6 million cars.

In 2017, scientists reported that these two four-legged companions make up 25-30% of the meat industry's environmental impact in the U.S. Additionally, what goes in, must come out at some point. Cats' and dogs' total waste rivals that of 90 million Americans every year.

With all this said, it's clear that these pets have a massive environmental impact, regardless of what kind they are. Still, with cats, it's less so.

Years ago, Robert and Brenda Vale, architects specializing in sustainability from Victoria University of Wellington in New Zealand, analyzed the environmental footprints of various pet foods.

Based on their calculations published in their book Time to Eat the Dog: The real guide to sustainable living, they estimated that a medium-sized dog's yearly meat consumption has an environmental impact equal to twice that of an SUV.

Since cats are much smaller than dogs of these sizes, they require less food. Naturally, this means they have a smaller carbon footprint, more comparable to a small hatchback. (Still, not great, but it's better than an SUV.)

It's important to take this with a grain of salt, though, according to what researcher Seth Wynes of Lund University told Forbes: "I'm aware of the book you're referring to, but unfortunately their calculations are not peer-reviewed, which is the gold standard for trustworthy research among scientists."

This is another major reason why you might want a cat instead of a dog. If you want to welcome a pet into your life but want to rein in the budget just a bit, a cat would be a better option for you.

Many pet owners know that dogs often cost hundreds - if not thousands - more dollars per veterinary visit and when they're bought from a breeder.

Cats are less expensive on an item-by-item basis as well. For example, the American Society for the Prevention of Cruelty to Animals (ASPCA) presents the following itemized budget for people preparing for cat ownership:

The ASPCA also included an "Other" category, with an estimated cost of $130. This accounts for additional medical needs like blood tests, deworming, and microchips.

Sources disagree on the lifetime prices for dogs. For instance, some say they range from $15,050-14,480 from small to large breeds. Others believe the cost is way higher, between $17,650-93,520. Of course, this depends on the breed and size, but the estimate considers medical necessities that may differ between breeds.

4. Cats Are Much Quieter than Dogs 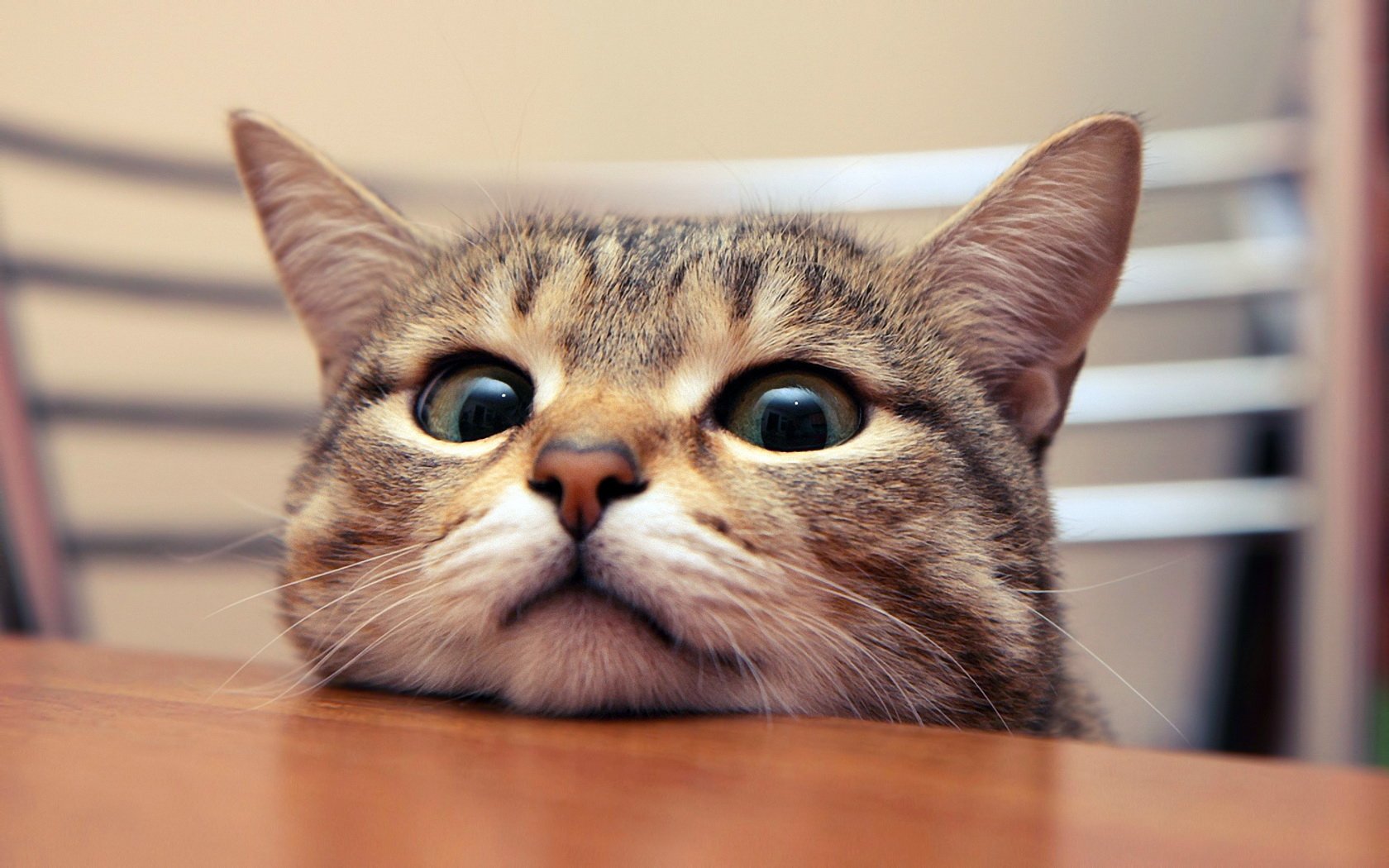 One of many people's favorite things about cats is that they don't bark! This is why you'll rarely find pet-friendly apartments with restrictions against certain cat breeds like they often prohibit specific dog breeds.

You'll never have to worry about your cat howling or yapping in the middle of the night, waking your neighbors, and disturbing your rest.

Instead, the only noises you'll ever hear coming out of your cat's mouth are meows, purrs, and maybe some occasional whining. Plus, since many cat vocalizations are so distinct, it's pretty easy to learn your cat's language.

Of course, there are times when your cat might meow and yowl quite a bit. In this case, the sounds might be indicative of something going on with your cat's health. Dogs, on the other hand, like to bark just for the sake of making noise sometimes.

Even when your cat is "talking" to you, their volume is often much lower than canines'. For example, when a female cat "trills" or chirps, it only reaches 56.58 decibels (dB). Male cats are even quieter at 52 dB. Female cats' squeaking measured at 56.24 dB and males at 61.06 dB.

As you might expect, purring is one of the quietest vocalizations. This sound only comes out at 45.78 dB for males and 47.77 dB for females.

How loud is a dog bark, you ask? Almost twice that of several cat vocalizations: one dog bark can reach 100 dB. No matter how talkative your cat is, it certainly won't jolt you awake at night by purring, chirping, or squeaking at a squirrel outside the window.

Cats don't tolerate being dirty as much as dogs do. (Sometimes dogs prefer to be dirty!) Cats groom themselves every day, keeping themselves nice and clean.

Self-cleaning can take up as much as 24% of a cat's waking time. This takes a huge burden off your shoulder for maintaining your pet.

They're able to groom themselves much more effectively than dogs because of the "sharp, rigid papillae" on their tongues, normally called "barbs."

Wild cat species can use these barbs to pull meat from the bones or hide of prey animals. In domestic settings, the cat's barbed tongue is more useful for:

Still, this isn't to say that you'll never have to bathe your cat. As your furry friend ages, it'll lose some of its will and energy for self-grooming.

In these cases, you'll need to step in and give it a nice soak now and then. Additionally, cats with thick coats like the Maine Coon or Persian cats will need more help with grooming than shorthaired breeds.

Still, they have little bodies compared to most dogs, so you'll have a much easier time getting your pet cleaned up. If you're lucky, you won't have to do back-breaking acrobatics to keep your cat under control during the bath as some dog owners do.

Some veterinary experts even claim that certain cat breeds like the Bengal enjoy receiving baths from their owners.

Another reason why so many dog breeds are prohibited from apartment complexes is that they're far too big for the living space. No matter how much you might love your Great Dane, it won't do well in a studio.

On the other hand, cats will be just fine in most places, whether it's a tiny one-bedroom condo or an expansive mansion.

Even official guidelines and studies draw clear distinctions between how much space a cat needs compared to a dog. For example, cats do best with a minimum of six square feet of floor space; however, some animal shelter professionals feel that this should be higher.

Regardless, cats are still quite adaptable and will find a way to thrive even if you don't have much square footage to offer.

Scientists recently learned that cats don't display significant health or behavioral problems when given 11.8 sq ft of living space or even half that over 48 hours. Plus, as mentioned earlier, cats like to sit up high on vantage points.

So, your cat's bed and other items won't take up nearly as much real estate on the floor of your home.

On the other hand, some of the most popular dogs in the United States, including the Labrador and Golden Retrievers, might require between 10-20+ sq ft, depending on their length.

7. Owning a Cat Makes You Smarter

Cat lovers everywhere rejoiced and gloated when a study emerged years ago detailing how cat owners are smarter than dog owners.

The study compared distinguishing personality traits between cat people and dog people and revealed that the former received higher intelligence scores. The scientists attributed this to possible environmental differences.

For instance, a cat person is more inclined to be introverted and open-minded. These traits may lead them to spend more time reading and engaging in similar activities.

On the other hand, a dog person might be more extroverted. They're more lively and social, preferring to spend time in group settings and outdoors, especially with folks who also have dogs.

Plus, dog lovers are more likely to follow the rules than cat lovers. This means a cat person will find more opportunities to experiment and learn about the world around them. 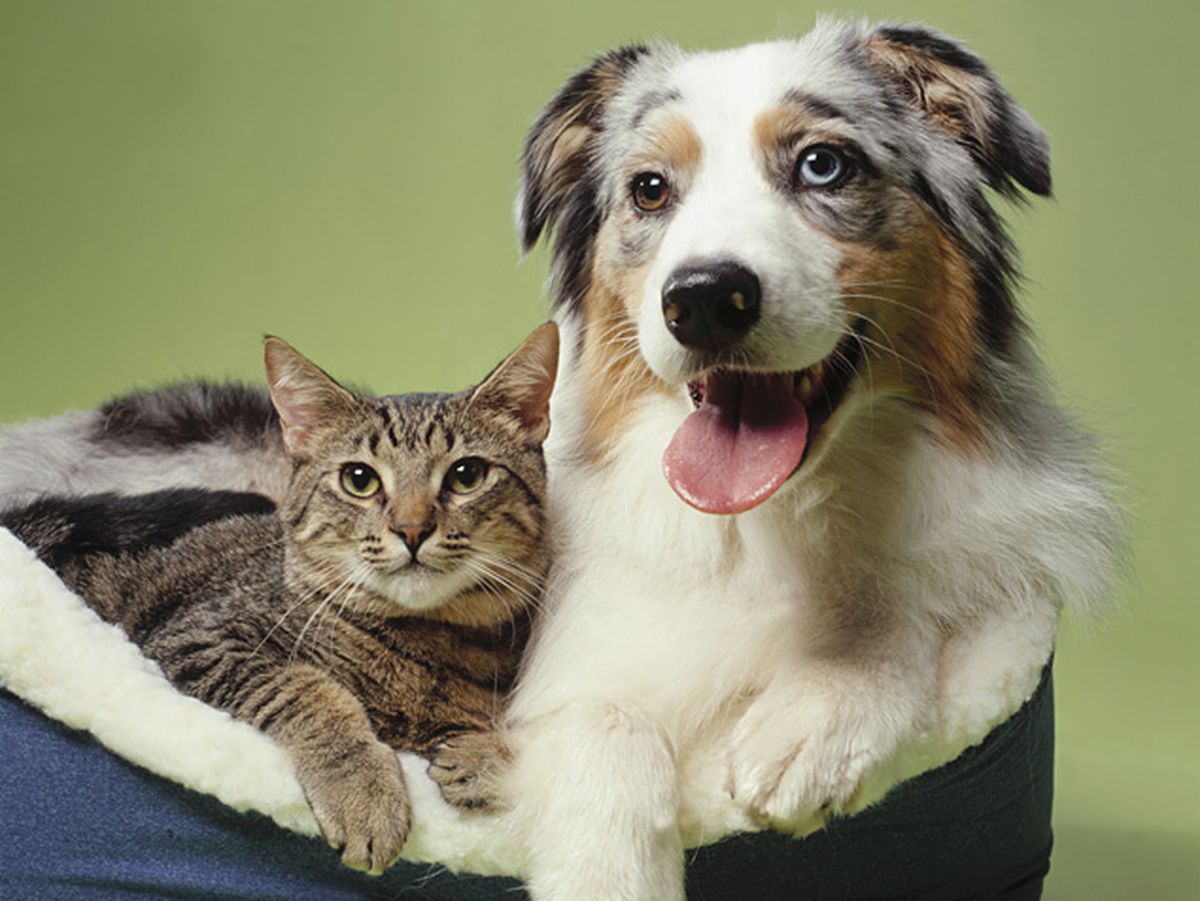 The rivalry between cat people and dog people is all and good fun, though it has been going on for several years. Many believe that cats make better pets. If you love your fur-baby and it fits your lifestyle better than any other animal, that's all that matters.

Remember to spoil your kitty with walks, plenty of time to play together, and attentive care, all guided by Catzio. Sign up for the newsletter for tips and tricks directly to your inbox, making every step of your cat-owning experience easy as pie.

What Does it Mean When a Stray Cat Comes to Your House? (and What to Do About It)

Like many other animals, cats instinctively avoid peeing or otherwise relieving themselves too close to where they sleep
Read More

As a pet owner, it’s natural to look at your pet now and then and wonder whether it feels as strongly for you as you do
Read More